Safety is about protecting humans from machines while cybersecurity is about protecting machines from humans. One may argue on this statement whose source I was unable to find anymore, but we cannot negate that humans and machines are getting stronger interlinked every day. Moreover, the futurist and inventor Ray Kurzweil predicts that the human-machine civilization is our destiny.

Given that interactions between computers and human (natural) languages are based on language processing, it became increasingly important to upskill the computers in processing and analyzing large amounts of language data. Thus, the role of Natural Language Processing in the humans-machines interaction, and consequently also in the cybersecurity-world starts to gain traction. So what may be the role and applications of NLP in cybersecurity? 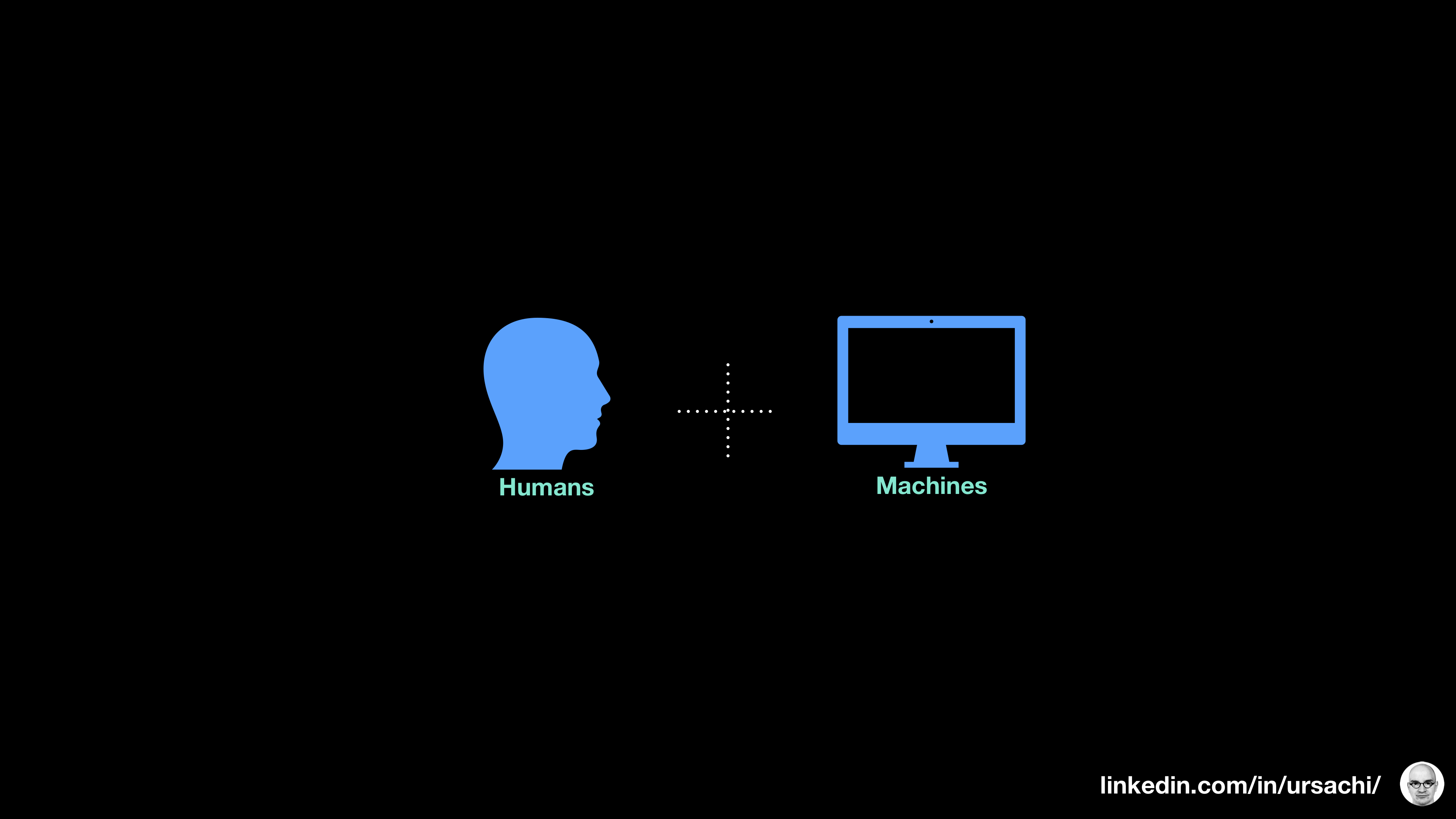 There are two main drivers nurturing the human-machine teaming in cybersecurity activities, and language is the main tool for both of them:

It could be empirically deducted from the recent years progresses, and from the exploding numbers of applications and researches, that machine learning for language processing plays an increasingly important role in the human-machine teaming. Its analytical and generative capabilities for speech and text are thus making it an important tool in the hands of all types of actors around cybersecurity.

To stress this idea, here are some NLP tasks that may be considered in creating threat or attack tools, or in defending humans and machines:

These tasks should be generally considered in a more complex context, where they can (automatically) use one each others capabilities as well as other AI tools, such as sound and voice processing and generation, image processing, etc. 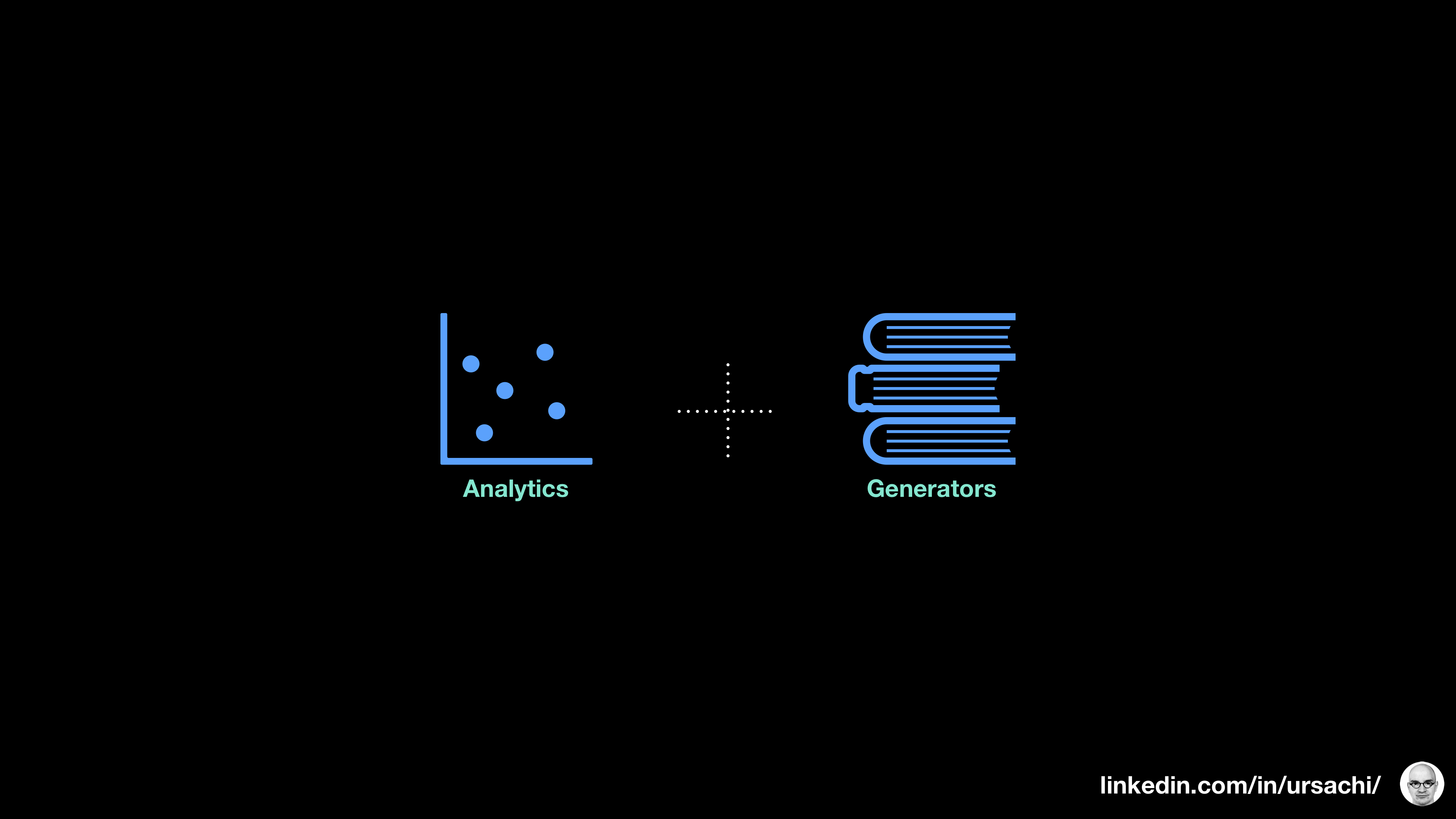 As you may see on paperswithcode.com/area/nlp, or on statista.com, or on many other sources, the number and the market of NLP applications is in a constant grow. Given that any IT system or application must consider the cybersecurity component nowadays, the role of NLP for this domain is also increasing. The plethora of researches and algorithms released every day may be therefore used for a suite of cybersecurity applications. The diagram below depicts some of them. It is split in 3 different types of usages, as follows: 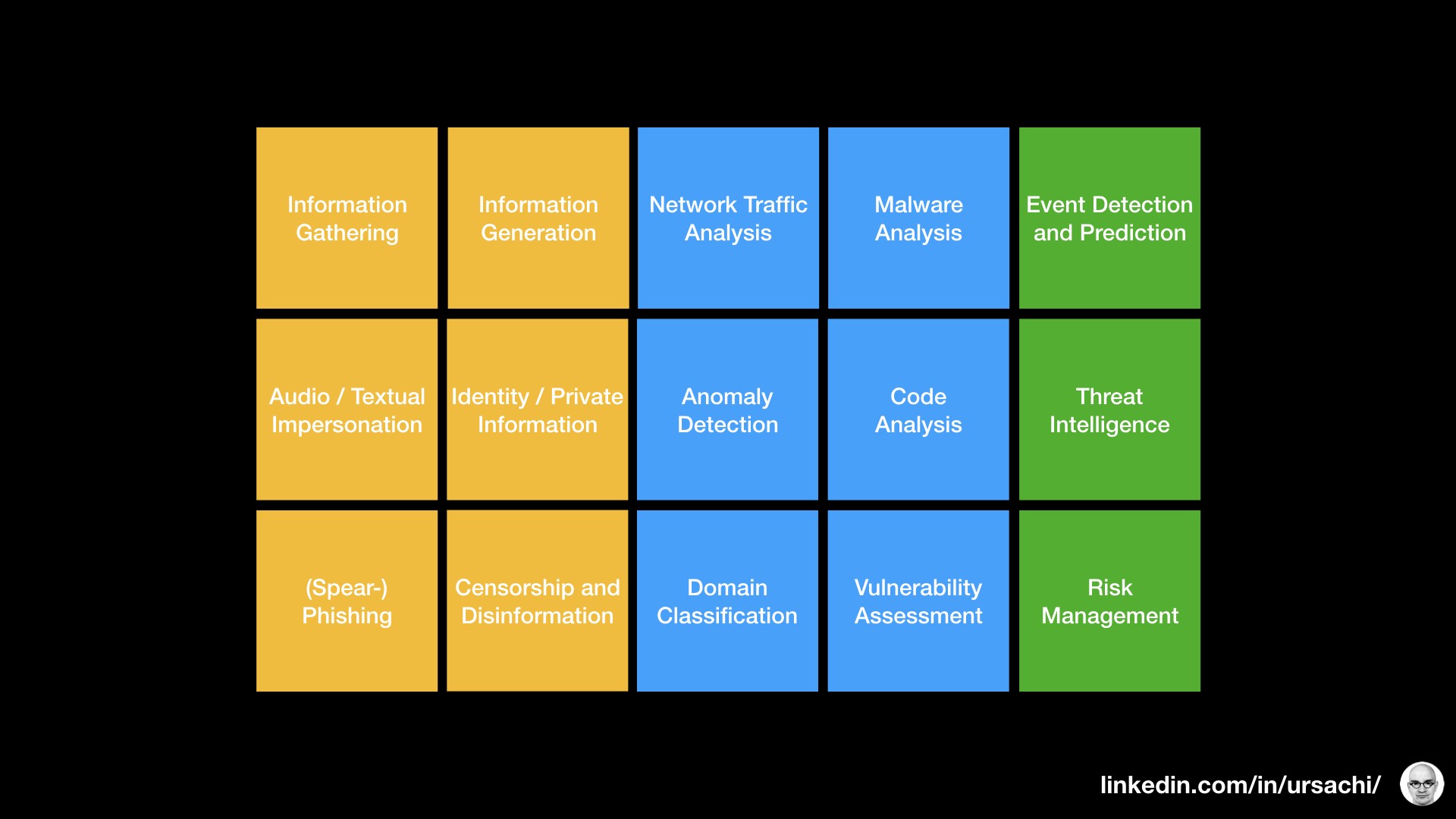 Further on, we discuss shortly on each of these applications, stressing out the contribution of the NLP tooling to them. 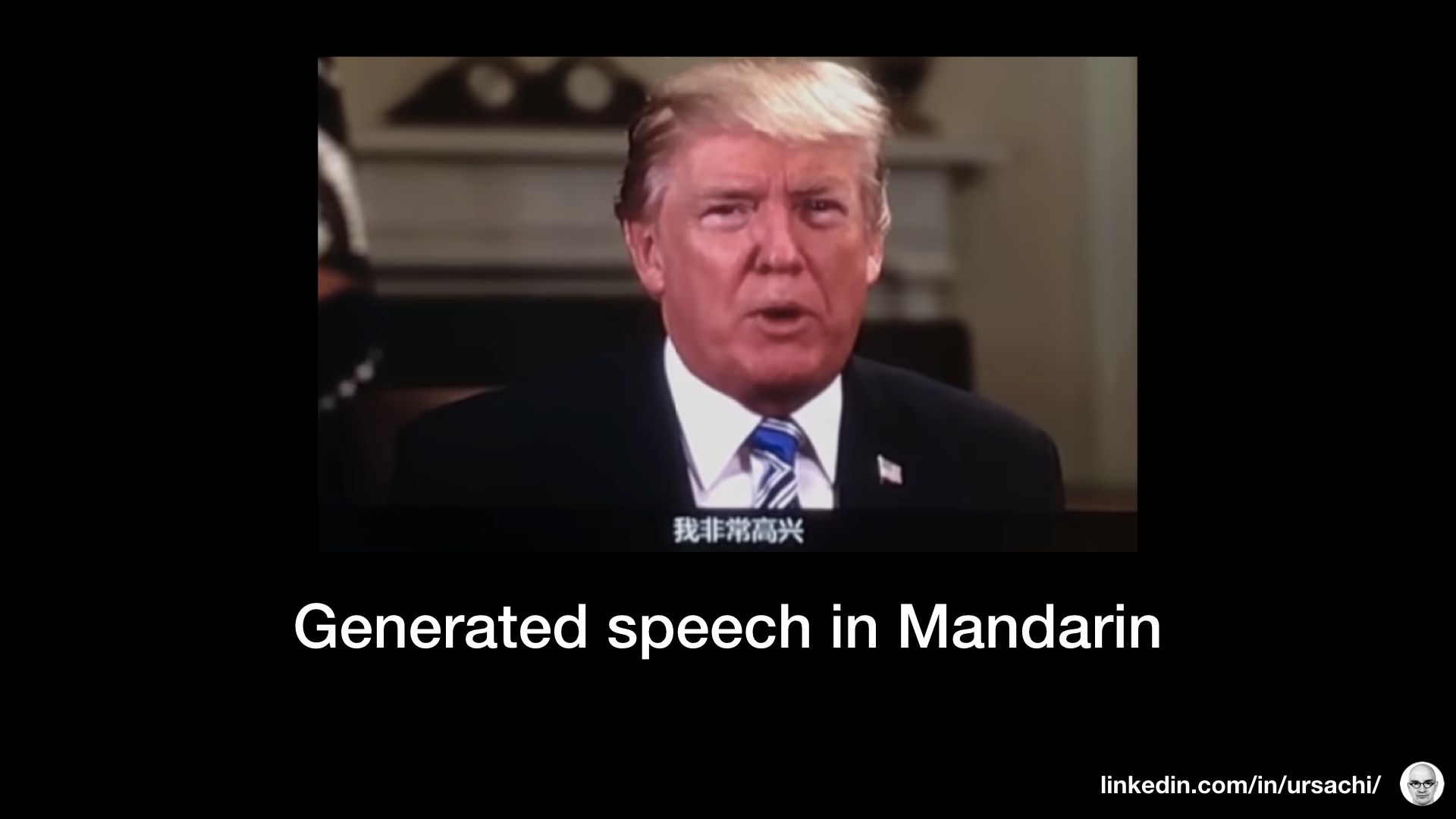 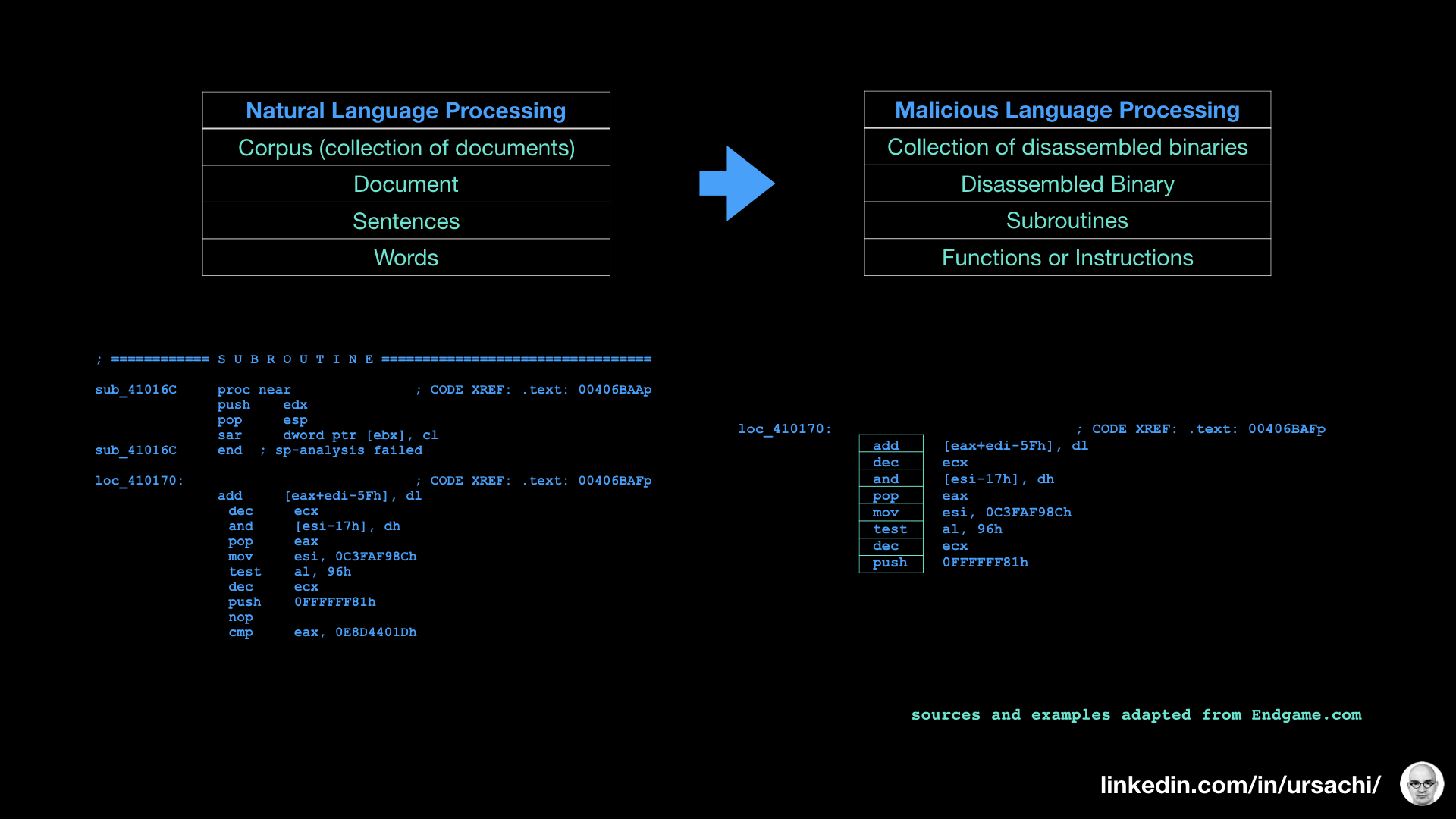 One category that I’ve left apart from the diagram above is scripts and code generation. Already back in 2015, Andrej Karpathy, the head of AI at Tesla, took all the source and header files found in the Linux repo on Github, concatenated all of them in a single giant file and trained an LSTM model which eventually generated some syntactically correct though not executable code. I wonder what would a machine generate, let’s say in Python, if all the model would be trained on the entire Python code available on GitHub? What if we would go a step further, and we would train it on the entire malware corpus available already on the web. We might be yet a bit far from that point, but the accelerating change may allow us achieve it in the not so distant future. 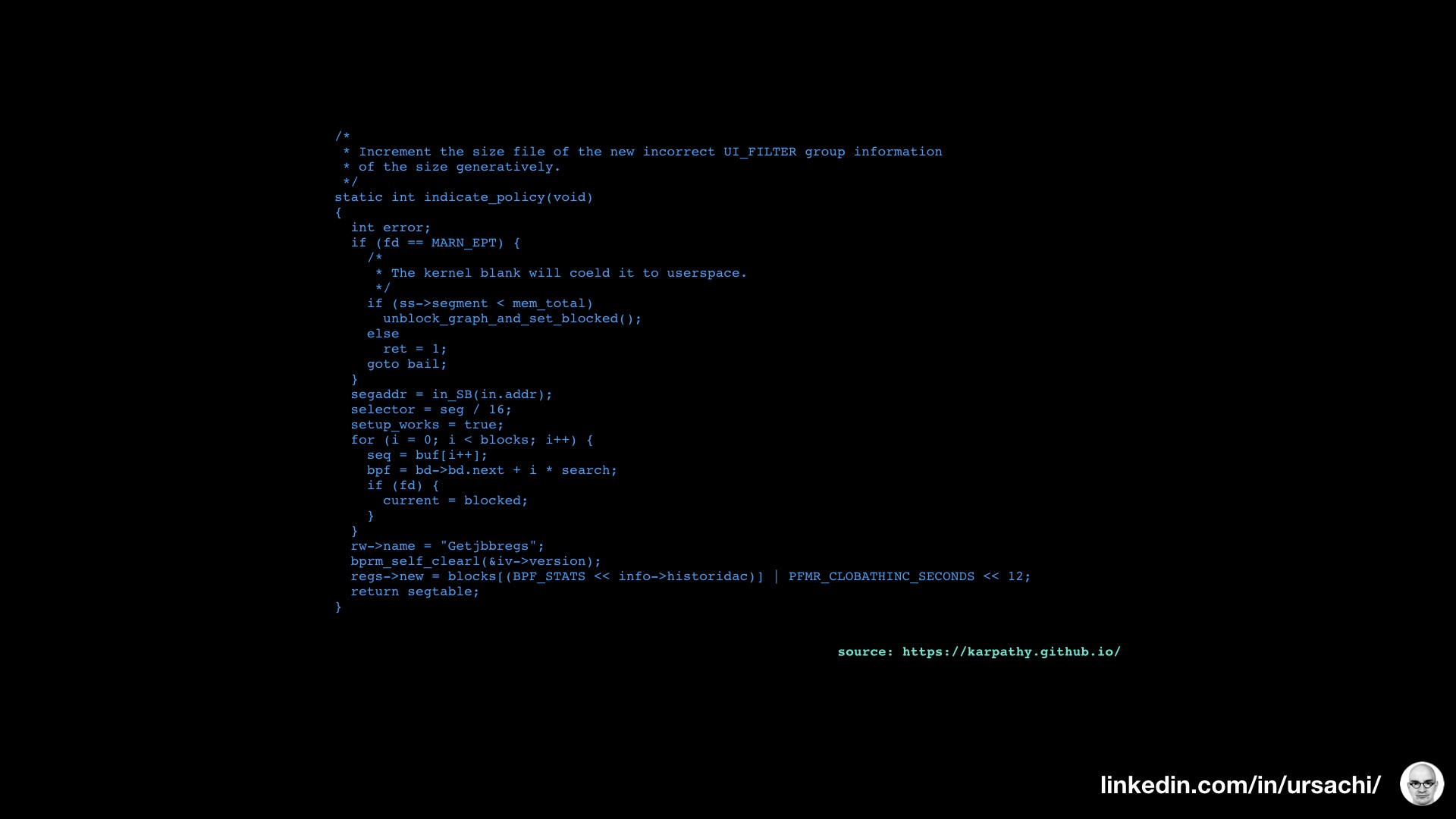 We have seen that Machine Learning, generally, and Natural Language Processing, specifically, are tools used with increasing intensity in the cybersecurity world. Whether we are talking about different actor types, risk scenarios such as threats and events, about security operations or about compliance, these tools are bringing new capabilities supporting both attackers, and defenders in performing their activities.
My final point uses two more citations. Peter J. Denning and Craig Martell have stated in the Great Principles of Computing: “The principles of a field are actually a set of interwoven stories about the structure and behavior of field elements”. Gilles Laurent, associate professor of biology and computational and neural systems at the California Institute of Technology, observes in the Nature article called What does ‘understanding’ mean?: “In most cases, a system’s collective behavior is very difficult to deduce from knowledge of its components”. The NLP analytics or generator techniques may be interesting, but if they are taken only as singular tasks, the story might not complete. Should they be combined in each of the exemplified applications in cybersecurity, and of course way beyond these examples, then the behavior becomes more complex, and as such, more difficult to deduce only from knowledge of its components. As the number of researches, the power of computing, and the available data are increasing, I am persuaded that NLP will continuously bring breakthroughs to the cybersecurity area. Given the attackers are never losing any opportunity to enhance them, it rest only in the hands of the defenders and their providers to also adapt themselves and see NLP as a possible solution for their challenges. At least until machines will learn and adapt by themselves…
We use cookies to ensure that we give you the best experience on our website. If you continue to use this site, we assume that you agree that Cookies are saved on your computer or other appliance used for the internet access.OkPrivacy policy